Tom Petty might have been one of the biggest artists of the ’80s, but not even he was immune to the cold hand of Dave Steed’s Bottom Feeders — and neither were Pink Floyd, Robert Plant, and Pet Shop Boys, all of whom surface in this week’s column.

After what will probably go down as the worst week in the Bottom Feeders series, we crank it up a notch with some superstar artists and some really well-known songs. Hereâ€™s another week of artists whose names begin with the letter P, as we continue looking at songs that charted below #40 on the Billboard Hot 100 during the 1980s.

Neil Tennant and Chris Lowe are awesome. If you’re unfamiliar with Pet Shop Boys, pick up PopArt: The Hits (2003) for a near-flawless retrospective of their career. Whatâ€™s most amazing about that double album is that itâ€™s not in sequential order, yet the â€˜80s Pet Shop Boys sound still melds well with their new-millennium tunes. I admit, though, that I kind of lost track of them after their 1996 album Bilingual, even though I think that album is excellent. They are probably going to be my next â€œcatalogâ€ artist, where I have to own everything they put out (which canâ€™t be easy with a dance-oriented duo like these guys, what with the million remixes and side projects). Both â€œLove Comes Quicklyâ€ and â€œSuburbiaâ€ are from their debut album, Please; â€œLeft to My Own Devicesâ€ comes from their third studio album, Introspective.

I go back and forth on Tom Petty all the time. Iâ€™m pretty sure Damn the Torpedoes is the only full Heartbreakers album I like. I definitely dig his â€œsoloâ€ records, 1989â€™s Full Moon Fever and 1994â€™s Wildflowers, much more than any record the group put out. Iâ€™m not saying I donâ€™t like Petty, but on some days I find his music boring, while on others I find it exhilarating. Itâ€™s tough for me to even understand, but with a song like â€œDonâ€™t Come Around Here No More,” some days I completely recognize the genius, and other days I can’t listen to it. Somehow I donâ€™t think Iâ€™ll ever come to a set conclusion on Messrs. Petty, Tench, Campbell, Lynch, and Epstein/Blair.

This limp-wristed song from 1980 is another supertough-to-find single from a guy thatâ€™s been in a mess of groups Iâ€™ve never heard of (Blues Image, Ramatam, New Cactus) and one I have (Iron Butterfly). After releasing this he joined Alice Cooperâ€™s band for three years, and if this song is any indication, itâ€™s no wonder Aliceâ€™s career tanked in the decade.

Itâ€™s interesting how this post progresses. Youâ€™ve got the superstar group I love (Pet Shop Boys), the one I waver on (Tom Petty & the Heartbreakers), and now the one I canâ€™t stand. Okay, so â€œcanâ€™t standâ€ is a little harsh as I canâ€™t possibly shit on Dark Side, but even other “classics,” like The Wall, I canâ€™t listen to. I guess their spacey, psychedelic prog-rock isnâ€™t for everyone, which is probably why I can actually listen to â€œLearning to Fly,â€ since itâ€™s pretty accessible. I have a feeling Iâ€™ll get myself into a world of hurt if I go on and on about these guys, so Iâ€™ll leave the rest of the Pink Floyd discussion up to you.

On the other hand, maybe tossing a science-fiction theme into my prog-rock is the key, because I love â€œWhy Me?â€ In fact, the entire debut self-titled record from this Tony Carey-fronted group is pretty awesome. Just a note that renowned drummer Hartmut Pfannmueller performed on the record. Actually, I have no idea who he is. I just like typing “Pfannmueller.”

And we cycle right back around to a superstar artist that I love. It took me many years to really enjoy Zeppelin, and even more years to pick up on Robert Plant solo, but now that I have, I realize that heâ€™s made some awesome albums. Iâ€™m a bit surprised that he didnâ€™t have a bigger solo career; I mean, the guy did come from one of the greatest rock bands ever. The first two tracks here come from his solo debut, Pictures at Eleven, and feature Phil Collins on drums. â€œShip of Foolsâ€ is from Now and Zen, which was the closest heâ€™d come to Zeppelinâ€™s sound (well, with the addition of electronics) since they broke up.

Every place I read about Player, they’re called a â€œrockâ€ band. I guess I find it funny what was considered rock music in the early â€˜80s, although â€œsoft rockâ€ is a form of rock, I suppose. Either way, these were the final two of six total singles for Player before they broke up. (Note: Player reunited for a minute in the ’90s, and thanks to those stupid Swiffer commercials, they’re back together again and planning a new album. Thanks a lot, Swiffer! –Ed.) 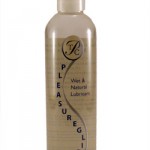 I should have known better than to type â€œPleasure Glideâ€ into a search engine. At least now I know where to get moderately priced lube. The group Pleasure was a small funk band that released four albums before finally getting a hit with â€œGlideâ€ off their next-to-last record, Future Now. I donâ€™t know anything else from Pleasure, but if they sounded like this on other records, Iâ€™m surprised they werenâ€™t a bigger hit.

The Plimsouls’ â€œA Million Miles Awayâ€ is exactly the type of song that fits this series perfectly. A catchy little new-wave-ish ditty from the Valley Girl soundtrack, this was their only hit, but it can be found on countless â€˜80s comps.

Next week we get the worst remix of the decade, and the third and final song in the â€œunholy trilogy.â€