Bottom Feeders reaches the letter R this week, which means plenty of rockin’ with the likes of Rainbow, Bonnie Raitt, Ratt, and — hey, what the hell is Lou Rawls doing here?

At first, on paper, this week didnâ€™t seem like much. But as I was writing it up, I found myself groovinâ€™ pretty hard to the tracks — it sneaks up on you just a bit, but is thoroughly enjoyable. See if you agree as we take a look at another set of songs that charted below #40 on the Billboard Hot 100 chart during the 1980s. 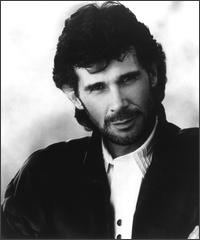 I know many of you have had your memory jogged by something in this series and Iâ€™m happy that same thing happens for me every now and then as well. Iâ€™ve often said how my mother had some 45s, but I only remember a few of them, and then I hit another artist in the series that completely takes me back to the â€˜80s and my momâ€™s 45 crate. Eddie Rabbitt is one of those artists. My God, how could I forget the constant spinning of â€œI Love a Rainy Nightâ€ — almost a perfect pop song? I remember the red Elektra label spinning on that record player with the bright yellow adapter you had to put in the hole of the record just perfectly so it would fit snugly on the player. Thereâ€™s a nice vivid picture of me sitting on my grandparents’ floor listening to this over and over in my head right now and I usually donâ€™t remember anything. See, this is what music does to me. So thank you, Eddie Rabbitt. Unfortunately, none of these three songs even come close to “Rainy Night.”

This is a strange week for me, as I also have vivid memories associated with Gerry Rafferty. His 1978 hit â€œRight Down the Lineâ€ is another brilliant pop record that my mother spun with me. In fact, Iâ€™d almost bet many times it was directly before or after â€œI Love a Rainy Night.â€ And I donâ€™t know if itâ€™s because itâ€™s in every dollar bin or from my mom, but the cover to his album City to City sticks in my mind as well. I donâ€™t however ever remember hearing â€œThe Royal Mileâ€; I think my mom was pretty broke raising me, so she didnâ€™t have the money for too much music, so maybe this never made its way into my house. Shame too, because Iâ€™m digginâ€™ it a lot right now.

Rainbow doesnâ€™t bring back any memories, however Iâ€™ve been working my way up to really giving them a chance. Iâ€™ve been listening to a lot of Ronnie James Dioâ€™s work lately, so I want to go back and give his Rainbow-era records a shot. Iâ€™ve also worked back through the Alcatrazz catalog, so â€œSince Youâ€™ve Been Goneâ€ has been on my radar recently, as it was on their Down to Earth record, the only one featuring Alcatrazz singer Graham Bonnet on vocals. Câ€™mon, I mean, Richie Blackmore, Graham Bonnet, Cozy Powell and Roger Glover â€“ I think I just jizzed in my pants. â€œSince Youâ€™ve Been Goneâ€ is ridiculously good (and just barely crossed over into the â€˜80s to make this series). Joe Lynn Turnerâ€™s the voice on â€œStreet of Dreamsâ€ and heâ€™s not a bad vocalist, but he doesnâ€™t have the grit of Bonnet. Bonnetâ€™s pure rock ‘n’ roll. Turnerâ€™s a bit too pop for me.

For the most part these days, I feel old. But then when I think about someone like Bonnie Raitt, I realize that Iâ€™m still a relative youngster in this crowd. Iâ€™m going to assume that most young men and women that had their teenage years in the late â€˜80s and early â€˜90s like myself were introduced to Raitt by her 1989 record Nick of Time or even more by the outstanding Luck of the Draw (1991), which featured the smash â€œSomething to Talk About.â€ I was one of those introduced via that song, so imagine how astounded I was when I started this collection and found out that was her 11th album! This lady having her first major hit had been releasing albums for 20 years before I knew her name. I donâ€™t know anything of her â€˜70s output, but her â€˜80s stuff is really good. Iâ€™d give 1982â€™s Green Light another spin without question. And of course I love this track, as it was written and recorded by Robert Palmer just a year earlier. This eked into the â€˜80s, spending time on the charts in the first two weeks of the decade.

Kevin Raleigh had a decent musical career as the keyboardist in the Michael Stanley Band, but his solo career never went anywhere. As far as I know he only recorded one solo record in 1989 and then decided to become an artist manager instead. â€œMoonlight on Waterâ€ would appear on the charts again just a year later when Laura Branigan cranked up the dance beat and wiggled it up one spot higher than Kevin took it.

This is a flat out rockinâ€™ song from Rankin, who was the guitarist for Nazareth from 1980-1983. I believe his solo record Growinâ€™ Up Too Fast was the only one released in the States, though he recorded another one released in Japan a year or two later. He rejoined and left Nazareth again in the early â€˜90s.

I didnâ€™t really appreciate what Ratt brought to the table until about 2007 or so. They got lumped into the glam metal scene and while that wasnâ€™t completely fair, it wasnâ€™t completely ludicrous either. But Stephen Pearcy and Warren DeMartini had a bit more substance to them than say, Poison. Well, okay — maybe just a tad bit more, but I get a party feeling listening to Poison and more of a rockinâ€™ out feelinâ€™ with Ratt. Back in 2007 I went back and listened to the catalog and realized that Out of the Cellar (1984) is flat-out awesome and Invasion of Your Privacy and â€˜86s Dancing Undercover are pretty solid on their own. It was then that I starting hearing more of a Van Halen influence meshing with that glam. Unfortunately even today, these guys donâ€™t get the respect I think they deserved. I for one, will be buying the new record I hear is coming out in 2010!

Lou Rawls certainly breaks up the rockinâ€™ tone of this post, doesnâ€™t he? Iâ€™ve always been a fan of â€œYouâ€™re My Blessingâ€ but Lou ainâ€™t my bag. Heâ€™s not an â€˜80s artist, despite two charting songs in the decade. These were the 17th and 18th Hot 100 hits of his career — and his final two. Itâ€™s a shame his last track on the charts is of a song thatâ€™s been whored out to every adult contemporary artist on the planet.

Just like Sweet Lou, Ray, Goodman & Brown (aka the Moments) really arenâ€™t my decade either. They had a ton of R&B hits as the Moments until they signed with Polydor Records in 1979 and a legal dispute forced them to change their name. They had three tunes hit the Hot 100 and four more on the R&B charts in the decade. Itâ€™s inevitable that â€œMy Prayerâ€ is going to be my least favorite song of the post, as those keyboards just give me the shivers like someone running their nails down a chalkboard.

This is a relatively rare track from Rhodes, Chalmers, Rhodes, off the only album I can find for them, also titled Scandal. The album gives you some rock tracks like this and some funky semi-disco material in other places. It doesnâ€™t really flow very well at all and it certainly didnâ€™t catch on. At some point one of the Rhodes sisters (Sandra) became Sandra Chalmers Rhodes, so she was either married to Charles Chalmers at this time or got married after this. Either way, they are a blip on the radar of â€˜80s AOR.

Chris Rea has a nice laid-back style and a distinctive voice, something that probably should have landed him on the charts more than three times, but he really didnâ€™t make music for the radio. As I understand it too he had some issues with labels not wanting to push his music so while he released eight original records and a greatest hits compilation in the deacade, these were the only three songs to chart. I donâ€™t really know a whole lot else about the Chris Rea story, but Iâ€™ve always been drawn to â€œLetâ€™s Dance,â€ which is my favorite song with that title.

Next week we travel down lifeâ€™s highway with a soul legendâ€™s sons.