We’re finishing up the letter T this week as we take a look at some more great — and shitty — songs from the ’80s that never cracked the Billboard Top 40.

If I had to pick one head-scratching moment from the ‘80s that trumps all others there’d be a knock-down-drag-out fight, but the Traveling Wilburys not having a ridiculous amount of success might come out on top. I just don’t understand how a group that consisted of George Harrison, Bob Dylan, Roy Orbison, Tom Petty, and Jeff Lynne wasn’t the biggest group in the world. And it’s not like they had these totally bullshit, indulgent songs, either — both of the featured tracks here are wonderful. We dropped the ball on this one, America!

I’ve always laugh when I hear this come on. I don’t know if it’s the fact that I don’t really like Travers voice much at all, this does nothing to show off his guitar skills or that he shouldn’t be covering a Bob Marley song in the first place that makes me hate this or could it just flat out be a shitty cover?

Triumph is a band that I and many others can’t stand. They built a career around reusing riffs and ideas over and over again and somehow even with hooks always a class below its peers, kept on releasing records that someone bought.

You might be able to make a case for their ‘70s output being okay, but once the ‘80s rolled around they failed to get rid of that same sound for the first few albums, until they decided to move to a generic AOR feel probably starting around the unlistenable Never Surrender from 1983. “Follow Your Heart” is a great example of what was wrong with Triumph. Off of 1984’s Thunder Seven, “Follow Your Heart” is AOR schlock with harmonies you never want to hear again. Somehow they managed to score a Top 40 hit (#27) in 1986 with “Somebody’s Out There” which is just as shitty as any of these songs here.

One of my favorite reference guides – Martin Popoff’s Collectors Guide to Heavy Metal: Volume 2: The Eighties really rips them apart. One a scale of 1-10 he gives the first three albums of the decade a 6 or 7 until 1984’s Thunder Seven rolls around.

Popoff gives that record a 1 and says “Thunder Seven is the inaugural blight in a long line of dreadful formula stadium rock albums from the now utterly limp triumph.” He then proceeds to give the next two studio record big fat zeros.

Fuck me to all hell trying to find this son-of-a-bitch for my collection. In 1980 Troyer recorded an album called String of Pearls and this track with the super high falsetto was released as the first single. However the album never came out and “Mirage” faded into obscurity. A quick internet search as I’m typing this yields no copies for sale. Fortunately it doesn’t seem like too many people are looking for this either as when the 45 did pop up a few years ago I was able to get it for right around $25. These days you can go to Troyer’s website and purchase the MP3 for $1 from him so the track itself isn’t that hard to find, but I pity those that want an original hard copy like myself.

I’ve never heard the Truth’s 1985 debut, Playground, but Allmusic.com describes it as being in the same vein as Paul Weller and the Jam. For their second album, from which “Weapons of Love” is the title track, they signed with I.R.S. Records and tried for a commercial modern-rock feel with very little success. To me, it sounds like some kind of half-assed middle ground between INXS and the Escape Club. 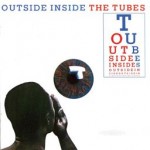 The Tubes were such an eclectic and fun band, weren’t they? The years 1979-1983 were their peak, with 1981’s good but a little scattered The Completion Backwards Principle and 1983’s excellent Outside Inside both produced by David Foster. Outside Inside is the record that produced the big hits, including “She’s a Beauty.” “Tip of My Tongue” is one of my favorite funky tracks of the decade, cowritten by Maurice White. “The Monkey Time” is a cover of a track written by Curtis Mayfield and performed by Major Lance. The only track here that I don’t like is “Piece by Piece,” which came off the Todd Rundgren-produced Love Bomb. The band broke up after Love Bomb but reunited in 1996 for one more album.

When I think of “Midnight Blue” I thankfully sing the Lou Gramm smash. Tucker is an opera singer that tried her hand at synth-pop for a while in the early ‘80s. The basis for this song is actually Beethoven’s “Sonata Pathétique”. To me it just sounds like Vangelis’ “Titles” with vocals.

Tina Turner didn’t have immediate success in her solo career but once she got a taste of it, she hasn’t quit. Her first four solo records in the ‘70s didn’t really make much of an impact. Then she took some time off and got rid of her wife beating husband and the flood gates opened. She ended up only releasing three albums in the decade as well as two singles on the Mad Max Beyond Thunderdome soundtrack but that was mainly due to the fact that each album and subsequent tour took 2-3 years to end its hit cycle. She had 14 Hot 100 hits in the decade and only the title track from her 1986 album and the fourth single from it shows up in this series. And even that’s not a bad track. You go girl.

It’s peanut-butter-and-jelly time! Has there ever been a funkier song about peanut butter? And if the peanut butter sandwich they are talking about in this song is a metaphor for tappin’ the booty or something like that – then I’m totally missing it. Sounds simply like they are talking about nutty goodness to me. Lenny White released some solo material before and after Twennynine which released three albums for Elektra in a three year span. This was from the middle album, 29 on which Lenny was the drummer.

Twilight 22 is a very interesting group. They were two guys – Gordon Bahary who had a love of computers and synthesizers and Joseph Saulter who was a jazz drummer. Their only release consisted of a few electro-funk numbers like “Electric Kingdom”, a couple R&B tracks and some jazz-fusion. It’s an interesting, if not a little bit of an odd listen. The single itself is an awesome sample of early ‘80s electro and I swear that I’ve heard the last line, “uptown, downtown, you’ve got to turn your life around” in 100 different rap songs over the years.

If you’re listening in order it’s time to sit your funky ass back down in the chair as we’re abruptly switching directions here. Dwight Twilley’s solo material got a little lost in the shuffle due to quick changes in record labels and lack of promotion but he got two awesome singles to chart in the mix. “Little Bit of Love” is the awesome lead track from the Tom Petty influenced Jungle album. As good as this track is, it didn’t live up to the first single which featured Petty on vocals, “Girls” which peaked at #16. The album as a whole is a front-to-back power pop gem. 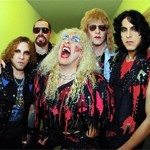 This just goes to show you that radio didn’t know their heads from their asses this early in the life of metal. “I Wanna Rock” has become a staple of hard rock radio and one of the iconic songs of the genre. The guitar work of Eddie “Fingers” Ojeda and Jay Jay French is simply awesome on the track.

Unfortunately, their 1985 album Come Out and Play and 1987’s Love Is for Suckers took the makeup-and-cheese factor a little too far and they forgot to actually write some good songs. The choice of the Shangra-La’s cover “Leader of the Pack” as the first single off Come Out and Play was a terrible call as that destroyed any momentum they had gained to this point. If you stick with 1984’s Stay Hungry on back, you’re pretty good though. 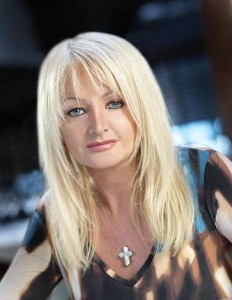 One of these days I swear that I’m going to pick up the debut from Bonnie Tyler to hear what she sounded like before the surgery to remove nodules on her vocals chords. It was after that, that she got the unique raspy voice that makes her so enjoyable. And of course in addition to the unique vocals, she worked with Jim Steinman quite a bit – who I love.

“Take Me Back” is from her real breakthough record, Faster Than the Speed of Night. Steinman wrote her #1 smash “Total Eclipse of the Heart” as well as the title track and produced the record which gives “Take Me Back” the same overall feel.

“If You Were a Woman (And I Was a Man)” has that great Jim Steinman title and sounds like one of his songs in the chorus, but it was written by Desmond Child and is actually kind of weak on the verses. I wish Steinman would have taken over more of the production on this track and made it his own – though even the chorus sounds a lot like Bon Jovi’s “You Give Love a Bad Name” co-written by Child.

“Here She Comes” is from the Metropolis soundtrack and sounds remarkably like “Crimson and Clover”.

Next week it’s all about U!