I went through more iterations of this album than any other one in this series, but finally think I’ve got it as good as it’s going to get.  Some people may disagree with this hypothetical turn of events, but I think with the Beatles on top of the world again after Fab, combined with a vastly changing musical landscape, combined with the early ‘90s trend of cramming as much music onto a CD as humanly possible, this would’ve resulted in prime conditions for the Fab Four to get ambitious again.

So if Fab is the late Beatles’ Sgt. Pepper, Help Yourself (named after Julian’s 1991 release) is the late Beatles’ White Album.  For the few and proud who were sticking with vinyl, this was a double album, so I will present it as four sides below.  But for everyone else, this was a single CD, jam-packed with 18 songs and 77 minutes of music.  Like the White Album, it would be lambasted upon initial release as being self-indulgent, excessive, and reviewed with comments such as “there’s a good album hiding in there somewhere.”  But I think also like the White Album, that’s part of its charm; it’s an album that grows on you, moves the Beatles in some very unconventional directions, even for them, it’s darker than its predecessor much like the early ‘90s were darker than the late ‘80s, and challenges the listener, much more so than the more straightforward Fab did.

I can just hear Paul responding to the less-than-positive reviews in an interview by saying “Well, the album is called Help Yourself, and it’s a bloody CD, innit?  So you can just bloody well Help Yourself and press the bloody skip button past the songs you don’t like if you bloody want to!”  Ultimately I’ll admit it’s not as good as Fab, but it’s not as bad as it might appear just by examining the track list.  Give it time.

And once again, it seems that several Julian songs do not have YouTube uploads.  So I’ve taken things into my own hands and uploaded them here.  The albums are long out of print, so hopefully I’m not breaking any rules. 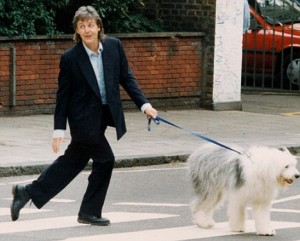 “Peace In the Neighborhood” – Double albums often begin with something fairly safe and bland to set the stage, so I thought this would be a good choice.  Catchy tune from Paul’s Off the Ground album (more on that later), but does suffer from some pretty lazy lyrics like “there really was something there.”

“Saltwater” – Julian’s Help Yourself album, like Mr. Jordan, is about half gems, half throwaways in my opinion, so I’ve often thought about putting together an album called Help Yourself, Mr. Jordan that would be absolutely KILLER.  This is one of the few Julian songs, musically and lyrically, that I think John Lennon could’ve written himself; admist its tearful save-the-planet message, it’s got John’s dark edge (and a not-so-subtle musical nod to “Strawberry Fields Forever” at the beginning).  If this had been on Valotte it would’ve been a huge hit.

“Weight of the World” – One of Ringo’s greatest singles ever, and the dawn of the era where his music gets surprisingly high-quality and one can even call him a decent singer.

“Someplace Else” – A sweeping ballad from Cloud Nine that recalls George’s late ‘70s work in many ways, so I thought it made more sense here than on Fab.  That, and we have to stretch the Cloud Nine material out to cover multiple albums.

“Open Your Eyes” – leftover from Mr. Jordan, but too weird for inclusion on Fab.  It’s a good setting-the-stage song that I think would’ve been a little shorter in this context.  No YouTube link, strangely.  But if you can’t find it, the album doesn’t lose a whole lot without it.

“Hope of Deliverance” – I remember hearing this on the radio when it was new and being highly unimpressed that this was the best Paul could come with after four years off since Flowers in the Dirt.  I finally bought Off the Ground a year later when it reached the cut-out bins and was largely unimpressed.  But since then, both the leadoff single and the album as a whole have grown on me.  This is a much more complex song than it would initially seem, given its bouncy nature.  And Off the Ground is no Flowers, but no McCartney collection would be complete without it.  HOWEVER, it would’ve been even better if some slightly different choices about what got included had been made.  More on that later. 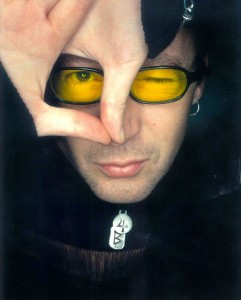 “Biker Like An Icon” – I stood by “Girlfriend,” I stood by “So Bad,” and I’m going to stand by this one too.  Yes, the lyrics are kind of silly, but are than any siller than “Penny Lane” or “Ob-La-Di-Ob-La-Da”?  Not really.  And the chorus just sticks in your head like you wouldn’t believe.

“Take Me Home” – Record one ends with a pretty Lennon ballad, just like record one of the White Album did.  Not that I’m equating the two, I just thought it would be cute to do it this way.

“Big Boys Bickering” – Off the Ground song selection follies, Exhibit I.  What was the problem here?  Was it the F-bomb (Very well-placed, I might add) and Paul’s desire to avoid a ‘parental advisory’ sticker?  Did he not want to upset a bunch of stodgy old politicians?  The Beatles would’ve sung this and been proud.  After all, it was the grunge era, they had to throw some angst on here, right? 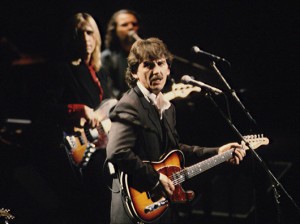 “Listen” – A powerful, albeit more vague rocker from Julian to continue what I think is the Beatles’ darkest side of music perhaps since “Rubber Soul.”

“Devil’s Radio” – With “Ebony and Ivory,” “Tears Of the World,” and now this song, the Beatles in the ‘80s and ‘90s were finally speaking their mind about specific topics (as opposed to more general message songs like “Imagine,” “All You Need Is Love” or “Revolution”), which I think makes sense.

“Don’t Go Where the Road Don’t Go” – It’s easy to dismiss this song from Ringo’s excellent Time Takes Time album as just another attempt at quaint silliness, but I think it’s actually got an ironic questioning-of-authority undertone.

“Help Yourself” – Allow me to get personal for a brief moment: I can not put in words completely how inspirational I think this song is, and how much it helped me through a very difficult freshman year of college.  Unlike “Saltwater,” this is pure Julian, without a whole lot of traditional Beatle influences, and yet I also think it’s a song that his father would’ve been supremely proud of him for writing had he lived to hear it.  And it closes out this dark and challenging side of vinyl with a glimmer of hope.  And some well-placed studio chatter at the end to relieve the tension. 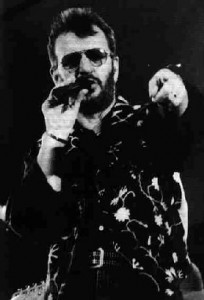 “Kicked Around No More” – Off the Ground song selection follies, Exhibit II.  How on earth did this gorgeous, hypnotic song get left off of Off the Ground in favor of bland rockers like “Looking For Changes” and post-hippie pap like “Golden Earth Girl?”  I hope Paul isn’t reading this.  I still love you, man.

“Breath Away From Heaven” – The pseudo-Eastern synth sounds may have been a bit dated by this point, but I thought it fit well in the musical context of the songs before and after, and I had to have at least one Harrison tune here that escaped the Jeff Lynne production monster (admittedly, it probably only escaped it because of the lack of drums).  The transition into the next song is surprisingly seamless.

“Keep The People Working” – So, so different from anything the Beatles, John, or even Julian ever recorded, but the Beatles were always about taking some risks.  And it still rocks.  On the real Help Yourself it’s the last song, but I like it better as a penultimate song, because of…

“C’Mon People” – No reason why this couldn’t have been a smash hit with the Beatles’ brand name attached to it.  Paul has at least one longish, amibitious song on most of his albums in the past 20 years, but this one is still my favorite, and one of the few times in his solo career when Paul thinks he has another epic on his hands and he really does.  It’s one of those songs that you swear you’ve heard before the first time you hear it, which means it instantly sticks with you.  What a great video too.  Would they have included the “Cosmically Conscious” section at the end (which isn’t on this version) as a hidden bonus track?  I go back and forth on that, but if you don’t think so, you can just press the bloody stop button.

Saltwater b/w Mistress and Maid, #2, 1993 (kept out of the #1 spot by the Four Non Blondes’ “What’s Up,” much to the disgust of Beatle fans across America)

Are there any?  Don’t think so, and I doubt there will be much more of those as we move forward.

Undoubtedly, there will be those of you who are saying “well gee, if you think the reception for this album would’ve been ‘there’s a good album hidden in there somewhere’, why not just make that good album?”  And of course I’ve asked myself that very same question.  So on days when one is less in the mood for excess, here’s the slightly-different-parallel-future version of Help Yourself where the Beatles stopped the presses at the last minute and said “let’s exercise some restraint and make this a single LP.”

Next time… more mellowness and maturity.