This is where we officially get into the Beatles’ modern era.  By this point, the Fabs are a band which fully admits to being less cutting edge than they used to be, but still can write some quality tunes, and releases a new album and goes on tour every five years or so when they feel like it and need money to pay for their luxury yachts. I can’t help but be reminded of an interview I heard with Genesis after they released We Can’t Dance, with Phil Collins explaining that they were drawing the line between what they saw as a passing fad and their own music, which they felt would better stand the test of time, or at the very least appeal to the more ‘sophisticated’ crowd. 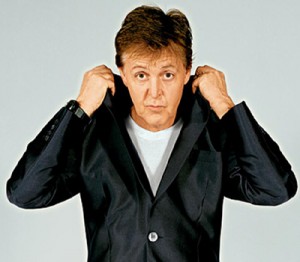 That doesn’t mean they don’t try to keep up with the times, though.  Thanks in part to the influx of either Sean Lennon or a John Lennon who doesn’t want to be a old fogey, the new singer-songwriter ethos makes its way into the Beatles’ canon starting here.  Less production, a revisiting of the ‘70s as well as the ‘60s, and the occasional nod to electronica and ‘alternative,’ whatever that means, and you get some pretty good stuff.

Sifting through the more recent material is in some ways trickier, due to the lack of songs that everybody knows.  It becomes even more a question of personal preference, so if I’ve overlooked something you really like, don’t hesitate to make a suggestion!  Even more so than the earlier editions, these last three ‘albums’ are not written in stone.  Many of the real life albums I’ve only listened to once or twice, so this is what grabbed me upon initial listen.  Special thanks to the folks who suggested I include some Sean Lennon material – it really helps these albums escape the ‘aging rocker’ label they may have had otherwise, in particular the next installment (which you’ll see in a couple weeks).

Flaming Pie is a very mellow album, especially side two.  And it’s a much… well… safer set of songs than Help Yourself was, by and large just traditional love songs hearkening back to the Beatles’ early days.  This continues the pattern of alternating more accessible with more experimental albums, established back in the ’70s.  I’d expect it upon its release to be called a Grow Up for the ‘90s.

SIDE ONE (yes, I’m still doing sides, since LPs never really went away in Europe)

“The Song We Were Singing” – A great opener, both on Paul’s real Flaming Pie and this one, setting the tone for the album, both musically and lyrically, reminding all of us that the Beatles have always been about the music.

“Cloud Nine” – yes, I know this was released in 1987, not 1997, but I always thought it had more of a ‘90s sound, and was a little ahead of its time.  Besides, as mentioned before, we don’t have much George material to choose from between 1987 and 2001.  We’re going to start mining Brainwashed here too, a few years ahead.

“Bathtub” – Sean makes his first appearance in the series!  I enjoyed a good deal of his 1998 Into the Sun album, but some of the best stuff on it fits better with Flaming Pie‘s follow-up.  I guess he was just a little ahead of the other Beatles in sounding contemporary, being a generation younger and all.  For now, we get this low-key acoustic number and a cool retro-pop song (see below).

“Young Boy” – the closest thing to a ‘hit’ Paul had in the ‘90s, I got sick of it at the time, but revisited it for this series and decided it’s really good.  I especially like the way it slows down at the end.  How many songs do that?  It seems like a good trick for adding drama.

“I Don’t Wanna Know” – On Julian’s Photograph Smile, he embraced his heritage for the first time since Valotte, so I’m surprised it wasn’t a more successful CD. A nice piece of jangly guitar pop, following in the steps of Ringo’s “I Don’t Believe You.”  Given the video (which is hilarious), he clearly intended this to sound like mid-‘60s Beatles.

One – Ringo’s Vertical Man is a very solid album too, and it was tough to choose just one song from it, but this is just the catchiest and most Beatleish of the bunch, in my opinion.

“Two Fine Lovers” – My favorite track on Into the Sun at first listen.  It’s even got a modulation!  Sean’s voice kind of reminds me of a cross between Nazz’s Robert “Stewkey” Antoni, Elliot Smith, and of course John Lennon.  This track fits in well with the general rediscovery of the ‘70s that was happening in the late ‘90s, and I can almost hear John singing this.  Julian, not so much.

“Rising Sun” – Thank heaven for Brainwashed, the posthumous Harrison CD of songs he had mostly finished by the time he passed away, otherwise we would’ve had to end this series after Help Yourself.  And it’s way better than it really needed to be, full of passion and spirituality, no better example than this song.

“Somedays” – It’s fascinating how Paul’s critical acclaim has done a complete 360 in the past 15 years.  I think it started with intelligent and reflective tunes like this, which call out the past but still sound fresh and contemporary, though it’s not like he wasn’t doing that sort of thing before.  (“Distractions,” “Tug of War,” “Waterfalls” anyone?)

“How Many Times” – Actually, I’ve got a theory about Photograph Smile now.  Ordinary titles.  Imagine looking at a CD in the store and the song titles include: I Don’t Wanna Know, How Many Times, Day After Day, Believe, Don’t Let Me Down, I Should Have Known, and Way To Your Heart.  Would you be curious about what those sound like?  In any case though, this one may have been a Beatles message-song classic, though I think it falls into the trap of trying to cover too many issues in six minutes (and being about two minutes too long).  A little editing from Paul and George would’ve done the trick.

“Real Love” – A-ha, here we are, John resurfaces one last time.  It was written in the late ‘70s, of course, but the arrangement makes it only possible in the ‘90s or later.  And no, I didn’t forget “Free As a Bird.” I don’t think the Beatles ever would have done that sort of vocal sharing if it hadn’t been necessary, but the real deciding factor was… well… I just don’t like it very much.

“Great Day” – We end on a simple and hopeful note.  Another tune that would be universally known if Paul had written it in 1967 instead of 1997.

By this point, the singles charts had splintered into all sorts of things that I still don’t understand, but let’s keep it simple and imagine that the Beatles still have universal appeal.

Next time: who says the Beatles can’t be experimental anymore?  A wild ride into the new millennium.