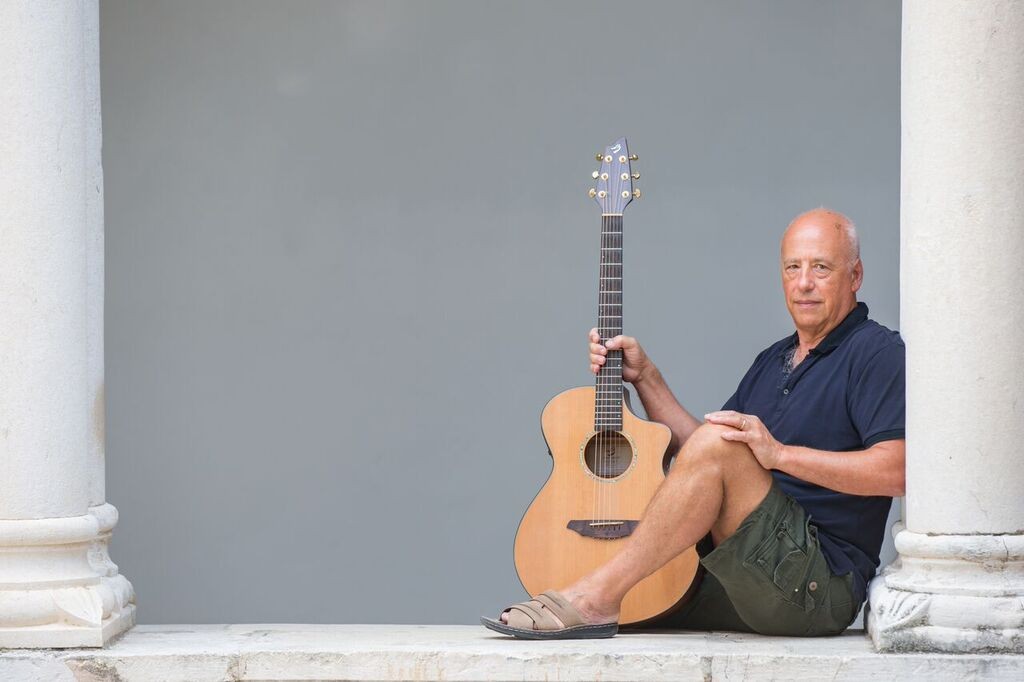 Years ago, London-based singer/songwriter Nemo James gave up a bustling career he’d built as an in-demand session guitar player, moved to Croatia, and started to go it alone. What he discovered after relocating and rededicating himself to his own music inspired him to write an autobiography in 2011, entitled Just a Few Seconds. Now, he’s back with The Minstrel, a country-folkesque record that’s the culmination of James’ unique life path up until this point.

Recently, James took a few minutes out of his busy schedule to answer a few questions for Popdose on life in Croatia, returning to music after giving it up completely, and how he became the eponymous “minstrel” that inspired his album.

Even though you’re a British singer-songwriter, you now reside in Croatia. What is it about that location that inspires you?
As a place to live, I don’t believe you could find anywhere more beautiful  and with friendlier people. As for inspiration, I have always been lucky in that I seem to find inspiration everywhere. I saw a well-known bag lady in Brighton and wrote “A Woman Unknown.” I saw a man bragging in a bar and wrote “Dreamer on the Run.”  I was waiting in a supermarket checkout and a magazine article headline read, “I want to find myself,” and I wrote ”I Hated What I Found.”  I do find that the peace and tranquility of this tiny village does help to polish off a song or find that elusive line, but as long as it is quiet, I could probably find that anywhere.

Your former role as a backup player for artists like Cliff Richard, Petula Clark, and Tom Jones must have been a wild ride. What was it like to be in such close quarters with such legends, and did their work ethic or personalities influence you as an artist? What did you learn from them?
Your question has unwittingly summed up a lot of what is wrong with the music industry. People assume if you play for well-known artists  that you must be good, which is not the case. How good a guitarist do you think you have to play the chords to “It’s Not Unusual” or “The Young Ones”?  Yes, they are great artists who bring a lot of pleasure to a lot of people, but I don’t think anyone would call their music challenging or inspiring.

What is sad is that in order to gain credibility I have to drop these names because those that really did inspire and influence me no one has ever heard of. In the ’70s, I did a series of jazz gigs for an amazing bandleader called Louis Vecchio and playing the complex rhythms and sight reading his arrangements really was a real challenge. I did a tour with a wonderful singer called Bill Frederick, completely unknown unless you mention The Drifters, with whom he sang for a while. There were dozens more great singers and musicians I was proud to work with but I can’t even remember their names. 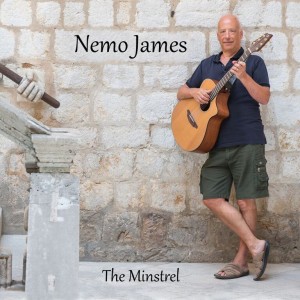 Can you tell us a little bit about the inspiration behind The Minstrel? Is the title semi-autobiographical?
In the early ’90s I vowed never to work as a session musician again but devote myself to songwriting, and I loved the simplicity of just me and an acoustic guitar. I started going to folk clubs and loved the intimacy of the them and how the audience would join in with the chorus. So I wrote “The Minstrel,” a song for the end of the evening where I would ask the audience if they liked my songs and they would reply of course they did. As often happens, the song evolved by itself so the audience became the king and I a minstrel, who after a lifetime of service was seeking validation before I retired.

It is autobiographical, but then it applies to all those in the arts who question the value of their professions compared to what might seem far more valued professions like doctor and builder.

Speaking of autobiographical, you wrote your own autobiography, Just a Few Seconds, in 2011. What was it that made you say, “Now is the right time to tell my story”?
In 2000 I gave up on music and sold all my gear not expecting to ever play again. In 2006, we came to live in Croatia, and although I had no desire to go back to music, I felt my life experiences had been so strange and varied that I needed to close that chapter of my life by writing it all down. It was very hard work but a fantastic experience, and I recommend it to anyone.  I also wanted to show that you don’t have to be famous to have a story to tell.

What made you return to music?
We rent a beautiful apartment at the top of our house to tourists, and in 2012, a Norwegian guest called Bobby Two Beers (that’s another story) bought my book and a CD. He read the book in two days and enjoyed it so much he was able to quote me passages in it. He sat at our dinner table one night and refused to leave until I played him one of my songs. People were always complimenting me on my music, but nothing like this guy, and he must have projected his enthusiasm onto me.

The next day, I picked up a guitar and started fiddling around and was amazed to find that it wasn’t long before I was playing and singing better than ever. There was a tremendous sense of freedom in my playing, because I no longer had to worry about making a living from music and for the first time for as long as I could remember, I actually loved playing. I performed for fun in a local bar once a week and everyone was astonished as they had only ever known me as “the fisherman,” as I spent so much time on my boat.

What projects do you have in the works, and can our readers catch you on tour?
I have just performed at my first big concert here in Dubrovnik, which will be televised early in the new year. That really took it out of me as it was a whole production thing that I had to direct myself, so I am going to take it easy over Christmas. After that, the Dubrovnik Symphony Orchestra have asked to collaborate with them for next year’s Dubrovnik Summer Festival.  I would love to tour in acoustic clubs in the States and in the UK, so if anyone is interested in booking me please contact me.