I said that if the “taster” single, “Everybody Sometimes” was an indication of how this album would go, then Glenn Tilbrook’s Happy Ending was bound to be as much of…

It’s never easy to grow up in your father’s shadow, no matter who you are, so you can only imagine how it was for Julian Lennon, given that not only…

What does a somewhat-recently reunited band with

In a recent thought piece on The A.V. Club, Josh Modell ruminated on the dilemma of bands touring endlessly around the hits that made them famous, even as they continue… 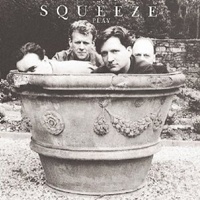 When you hear the name “Don Dixon,” you’re probably more likely to think of him in terms of his production career than for his accomplishments as a singer and songwriter…