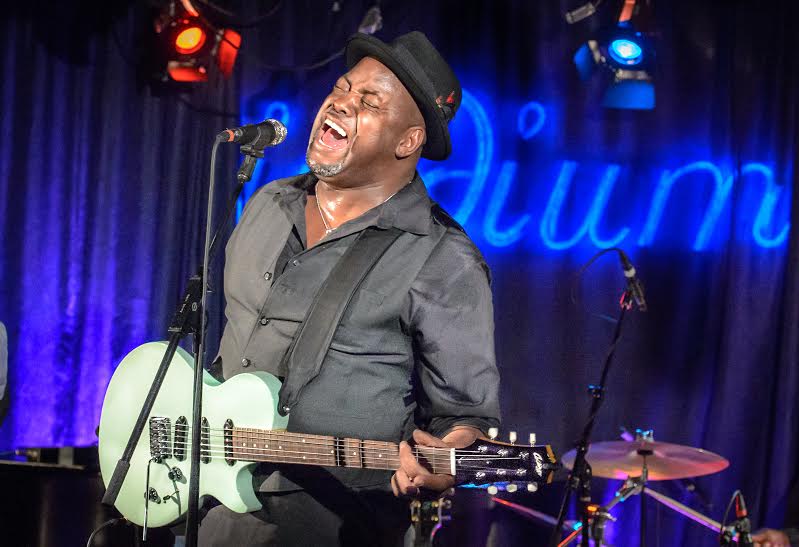 Though he doesn’t wear a cape, Tomás Doncker is still something of a crusader. His latest album, The Mess We Made, was inspired by the state of the world, in particular, the tragedy in Charleston this past summer. He quickly penned “The Road to Charleston,” a track commemorating his horror and disbelief, and the rest of the album flowed from there. When he stepped back, he realized he had a record for the ages, one that bookmarked the anguish felt by so many around the globe, and even more so after the massacre last week in San Bernadino.

A few weeks ago, Doncker answered five questions about the album, his healing process, and what’s up next.

POPDOSE: The Mess We Made was inspired by the tragedy in Charleston, and you wrote the album’s tracks within 10 days of the massacre. What was that process like?
DONCKER: Intense. Cathartic. Exhausting and ultimately very liberating! I was overwhelmed with rage, hatred, confusion, and disillusionment.  I had no place to put these feelings.  I had no idea how to process them.  So, in a selfish attempt to maintain my own sanity, I did the only thing I could do — write about it.

How does music help you heal from the gravest injustices playing out daily in the news?
I have often used these two quotes to illustrate my feelings about that: “Music is the healing force of the world,” Kenny Gamble and Leon Huff; and of course, “Music is the weapon of the future,” Fela.

As I mentioned in the previous question, the primary motivation for the creation of these songs was a selfish one. I really wrote these songs for myself. To heal. I had to do something with the anger. So much anger…

Do you feel like we’re at a breaking point in American society as far as violence and senseless crimes are concerned?
Absolutely! I’ve felt that way for quite some time. Obviously, that breaking point is not just an American one, it’s a global situation of epidemic proportions.

How did your background as a renowned blues artist in the No-Wave scene of 1970s NYC parlay itself into this new chapter of modern troubadour?
I’ve always been drawn to (or invited into) adventurous musical situations. From day one, I’ve been relentless in my search for opportunities to “fuse,” style-mash, things up, if you will. This is where the “new music,” or better yet, the “new art” is born. NYC in the late ’70s was a breeding ground for this kind of thought and experimentation.

What’s next for you?
True Groove [Doncker’s musical outfit and label] has been branching out into more “theatrical” kinds of projects, all of them very forward thinking and socially conscious. Films as well. We’ve got some exciting things scheduled for 2016 (including new releases by Marla Mase, Miracles Lost & Found; legendary trumpet hero Mac Gollehon’s Hispanic Mechanics; and the debut release from Charlie Funk, Give Me A Groove, featuring members of George Clinton’s Parliament-Funkadelic crew). I’ll also be traveling to Tokyo in January to perform with the legendary James Chance & the Contortions.

True Groove is always on the move.

Album, interview, the mess we made, Tomas Doncker
Show Comments

Allison lives in Los Angeles where she is a freelance music journalist, jug band enthusiast, and industry observer. She is also the editor of REBEAT magazine. Find her on Twitter.